The pre-season forecast for Lake Washington sockeye was about 164k.  While this falls significantly short of the 350k escapement goal needed for a fishery, it was at least a respectable number.  Unfortunately the reality has fallen well short of that estimate.

We are now past the historical peak of the run, and the daily counts have continued to be mediocre. 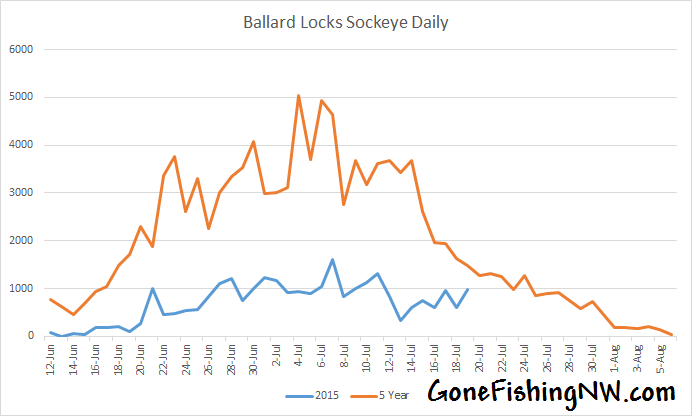 As you can imagine these daily numbers have painted a poor picture for the overall total number of fish.   It looks like this year will likely be the worst return for the past 5 years, and 2nd worst for the last 15. 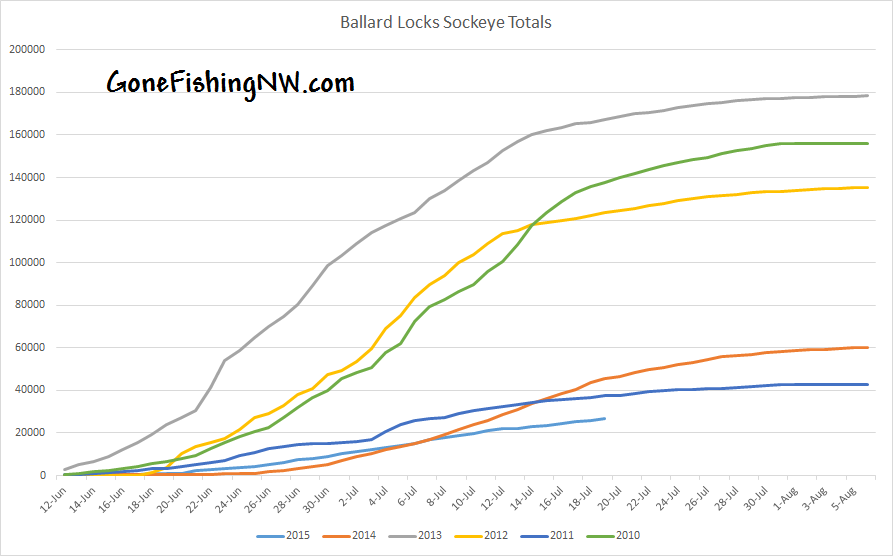 I have yet to hear any reasonable explanation as to why the estimate is so far off the actual return.  While I’m sure the hot weather and the drought haven’t helped, it doesn’t seem like the main factor – especially when last year’s return was also significantly lower than the estimate.

Anyone have any guesses as to what is going on?

For those of you fishing for sockeye elsewhere, check out these sockeye fishing tips.