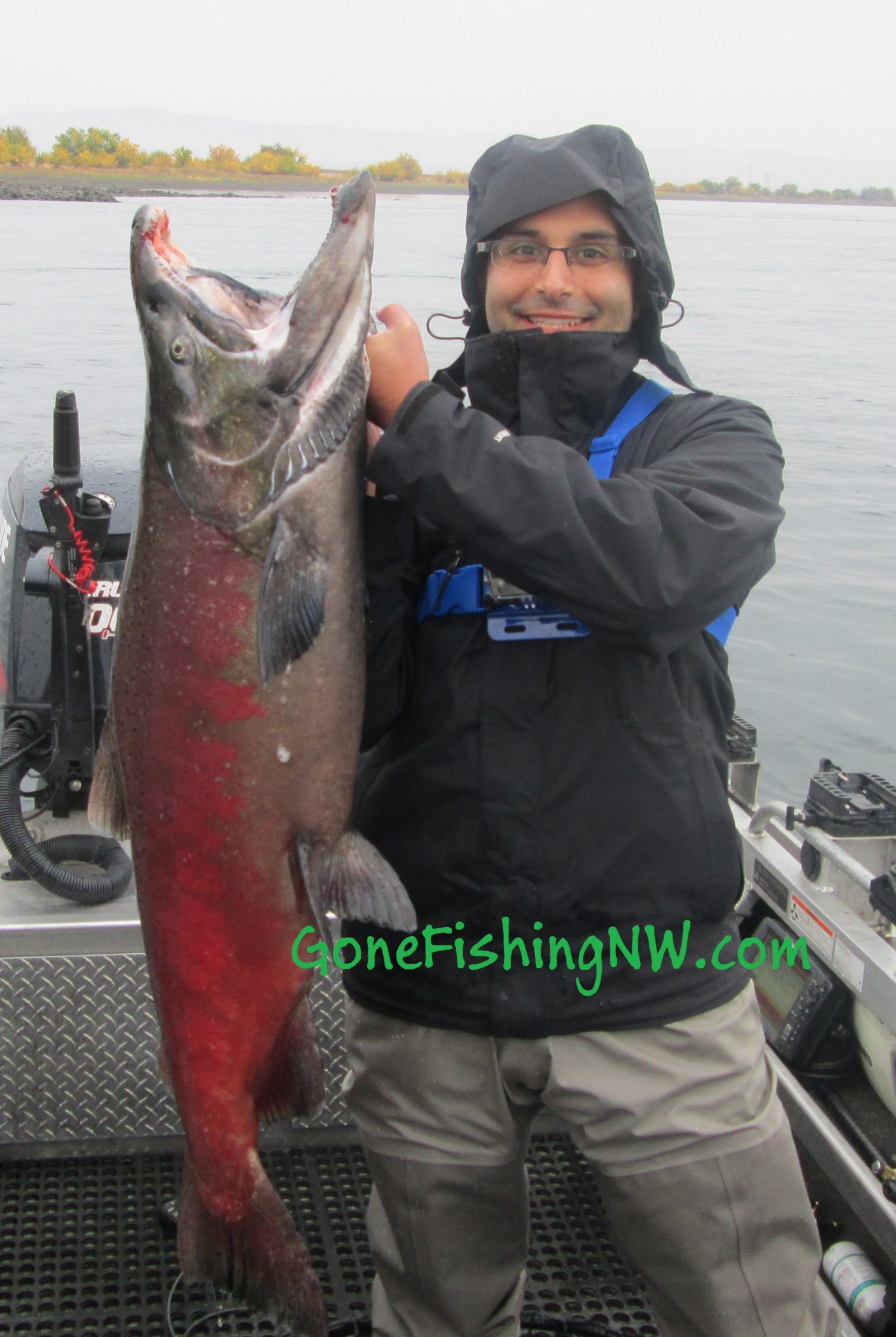 I’ve heard lots of stories about how the Hanford Reach section of the Columbia River produces big king salmon, and so I’ve wanted to fish it.  This year I finally got it on the schedule and made it happen.

Having never fished it before my friends and I decided to hire a guide, to help give us a leg up on this fishery for when we return in our own boats.  Based on the advice of a trusted fisherman we went with Brad Wagner of Bobber Down Guide Service.

The day before our trip we drove out and stayed the night at a hotel reasonably close to the boat launch next to the Vernita Bridge, so we wouldn’t have any problem meeting for our 6am launch time.

We started the day doing some downstream trolling with 11″ flashers and Super Cut Plug lures – on droppers.  For whatever reason the fish weren’t happy with this offering.  After an initial pass through Brad’s favorite runs without a bite, we changed up the gear.

On 2 rods Brad setup some divers with a spin and glow setup, and a nice red glob of eggs.  On the other 3 rods we used Maglip 5.0 plugs, in various colors and wrapped with tuna and sardine.

It wasn’t very long until one of the roe setups bent over and we landed our first fish of the day.  While not a monster this fish cut the nicest out of all the fish for the day. 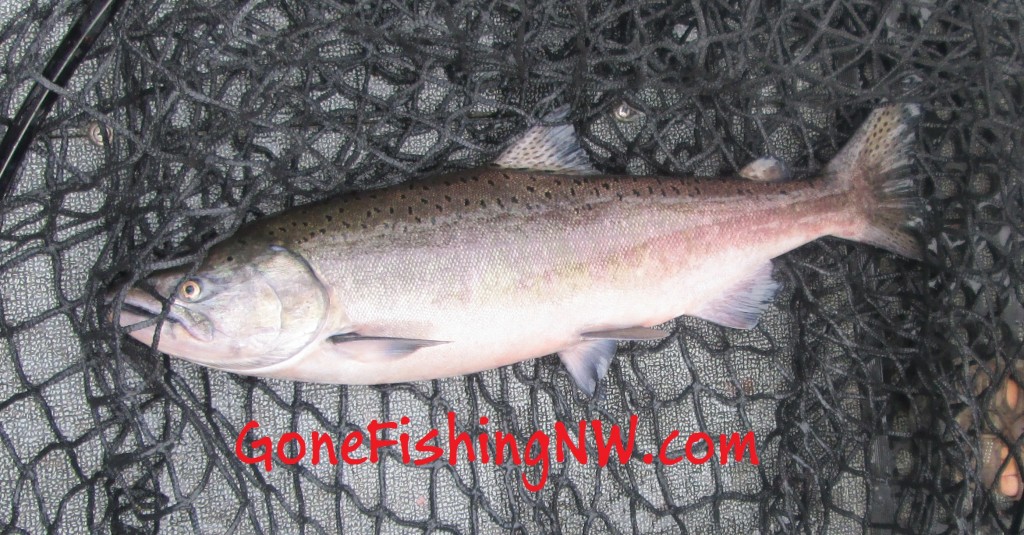 After moving to a different run, we got lines back into the water and back trolled through a nice area.  This time one of the plug rods just got hammered.  After a good fight one of my friends landed this biggest salmon of his life – a 34 pound monster. 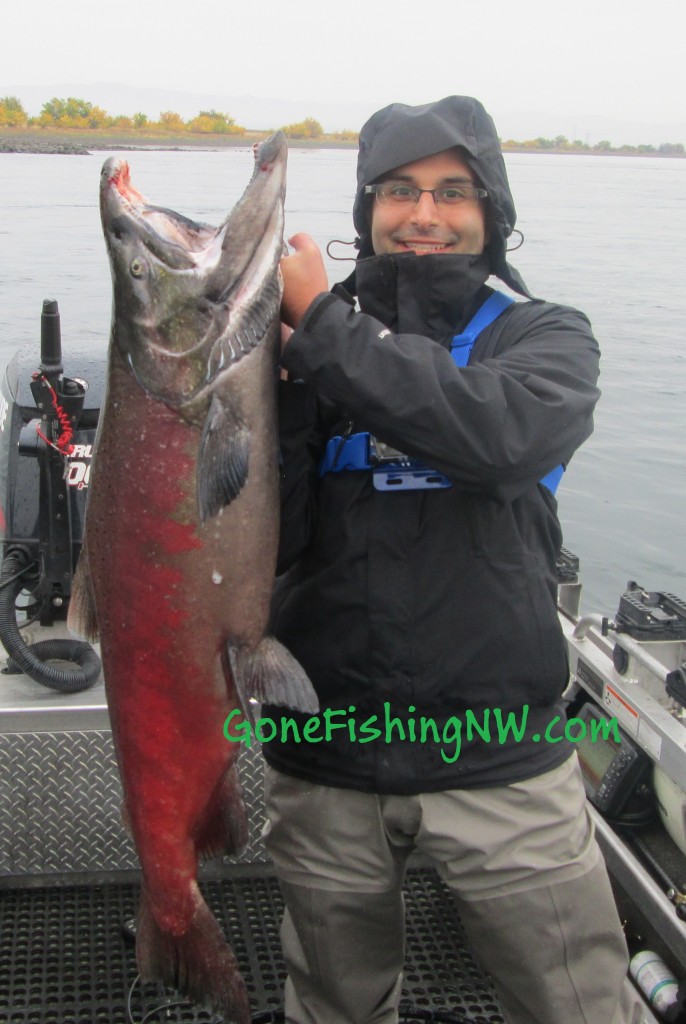 The action continued like this throughout the day.  Some bites on the roe and some on the plugs.  Later in the day the plugs seemed to be doing better than the roe. 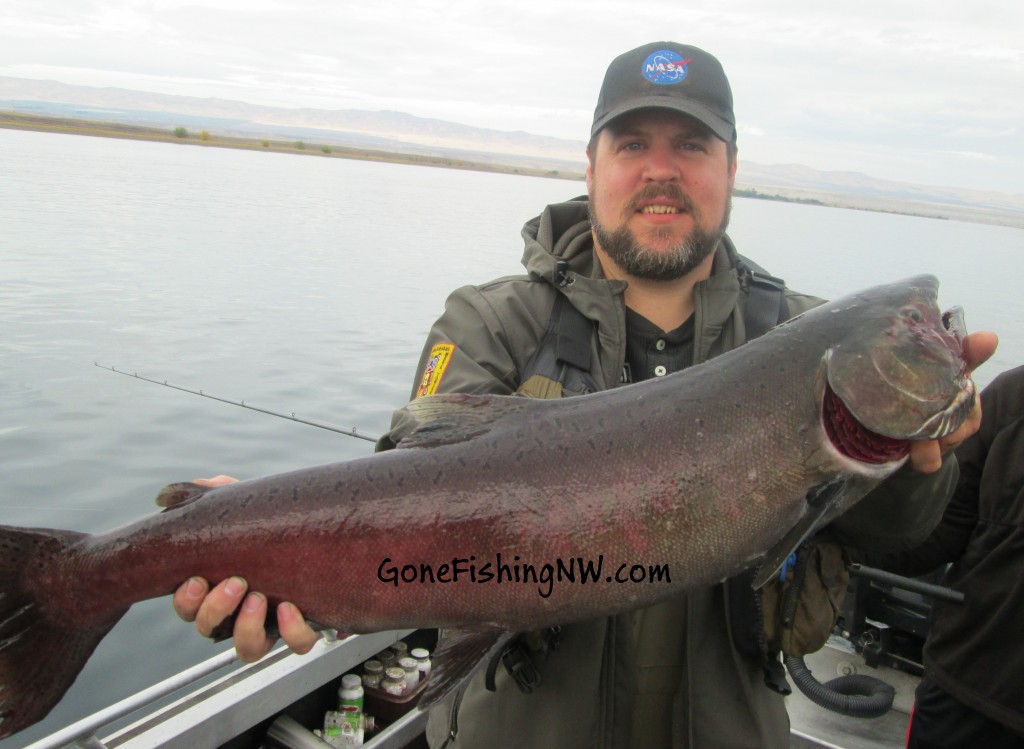 While fishing we enjoyed the nearby sights, which included some wildlife and buildings from the old Hanford Nuclear site.  It was interesting to see those structures, and with the help of Wikipedia learn something of the history. 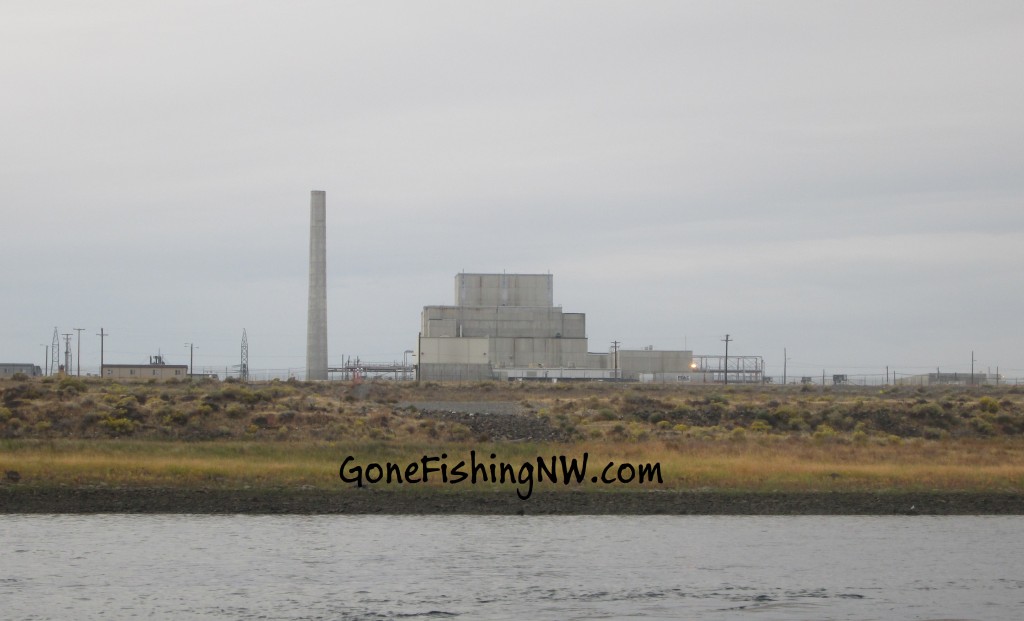 We ended the day landing 5 out of 9 kings – this included 2 huge fish, that 34 pounder and a slightly smaller 27 pounder.  Even though some were “small” they still compared favorably to the average hatchery chinook in Pugetopolis.

The only disappointment is that the majority of the fish are best sent to the smoker, rather than the grill.  In future years when we come back, we will have to make it a little earlier in the year.

We had a great time with Brad, and it is clear that he knows the fish and area well.  Definitely would like to fish with him again. 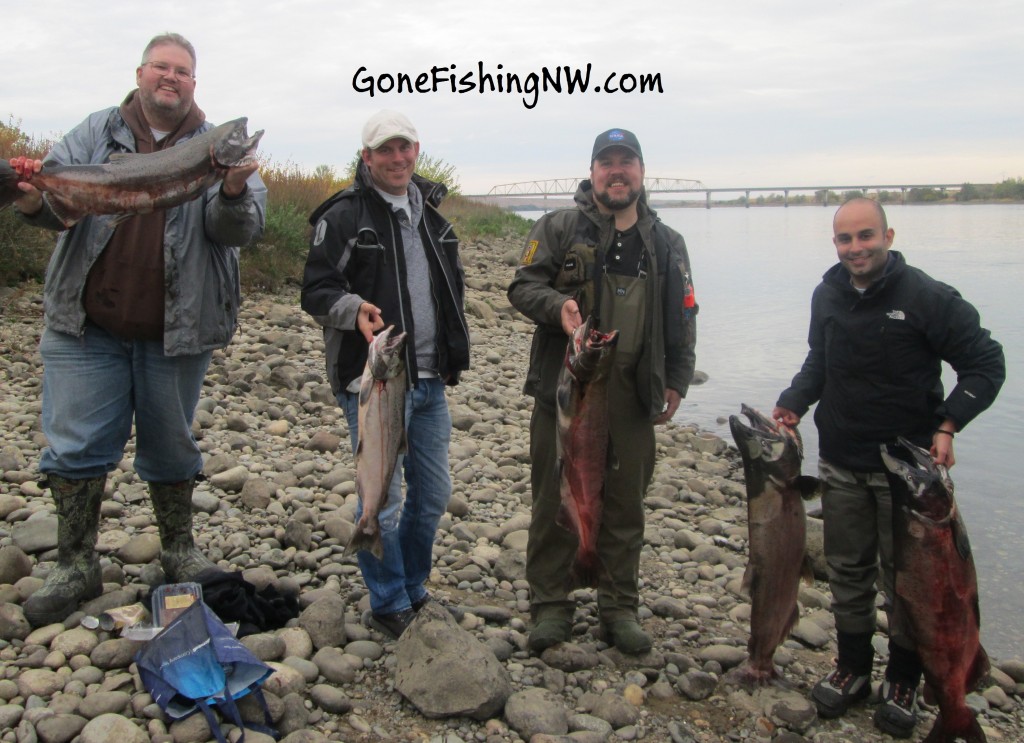