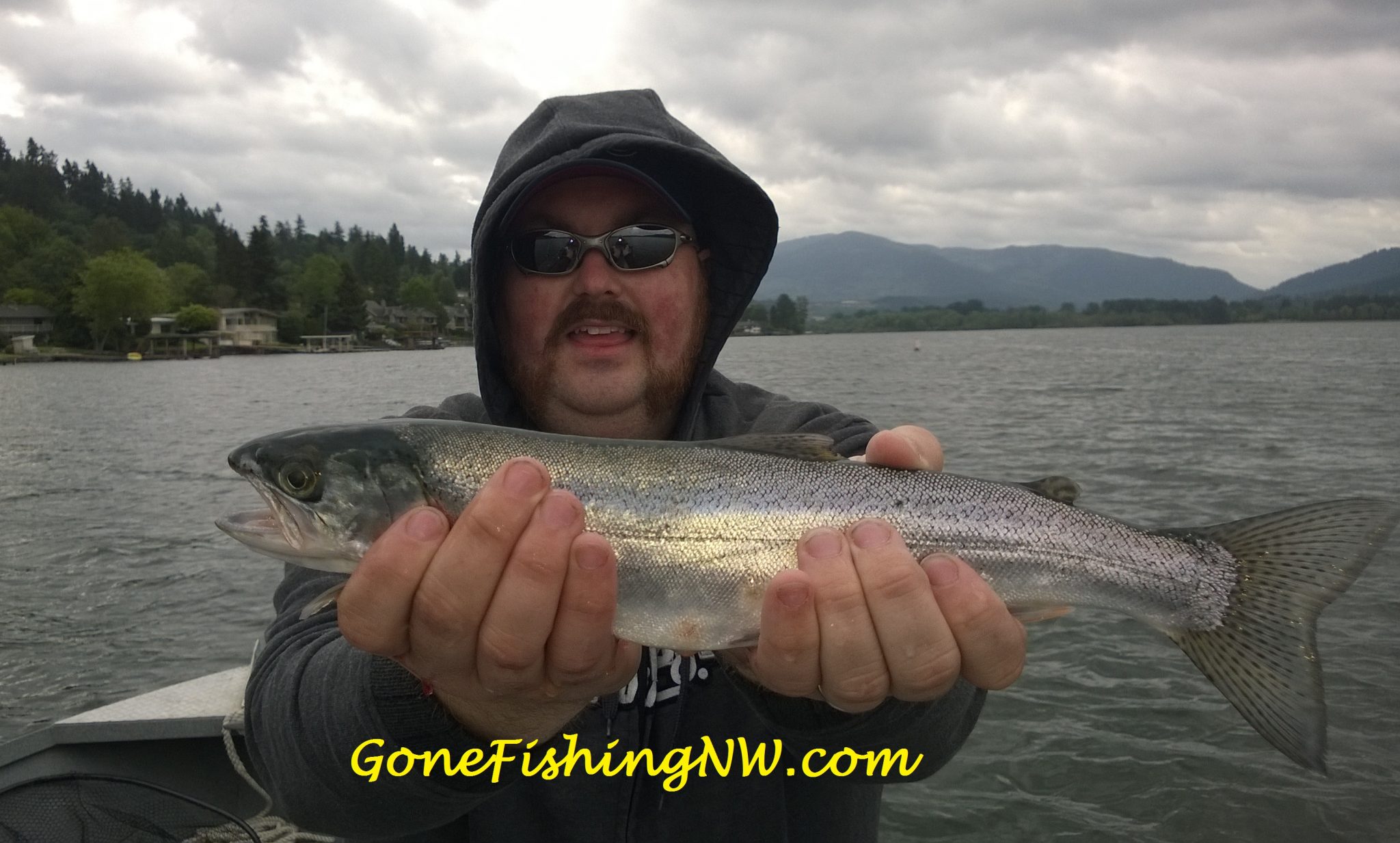 In the first part of this series we covered the hierarchy of needs of stillwater trout.  In this one I’ll talk about the various traits that trout have.  These traits, combined with their needs and current conditions, are what will tell us where the fish are and how to fish for them.

There are differences in the traits and behavior of the various trout species, but usually it is in the relative strength of traits.  For our purposes, however, we can ignore that and assume all species are more of less the same.

Some of the traits that trout have include:

Trout are cold blooded creatures.  This means that their body temperature varies with the water temperature.  This in turn controls their metabolism.

While each species, and subspecies, varies, in general for trout the survivable temperature range is mid 30s to low 80s (in Fahrenheit).

As anglers we can exploit this information to know what depth to fish, and what our presentation should be.

Trout, especially in stillwater, are hunters.  They actively move around to find their food. A professor at the University of Washington once told me of a study he did which track searun cutthroat in Hood Canal.  The data was surprising – the fish would traverse almost the entire length of Hood Canal during its travels.  This is because it was actively hunting for food.

In stillwaters trout – when actively feeding – will often have an area they will patrol looking for food.  This region will change, based on things like availability of food.

To us as anglers this helps us figure out where trout might be – or are likely to show up.

Trout are carnivores, not herbivores.  This means they eat other animals, not plants.  These prey animals include:

Generally speaking the larger the trout is the bigger prey it looks for.  Plankton and small insects are great for small trout, but larger trout need the protein in larger prey to continue to grow.

As anglers knowing what trout in a given body of water eat will help us know both where the fish are, and what they will consider as food.

Trout will go an investigate things.  It could be a small splash, or a flash of color or the movement of something through the water.  It could be they are checking out if it is food.

We can leverage this to decide what lures and presentations might draw fish in.

Trout have specific times (or rather scenarios) where they tend to actively hunt down food.  However at other times they will continue to eat, if something tasty crosses their path.

We rely a lot on this as anglers since the times we fish don’t always match up with the active feeding times.

Trout can be aggressive.  They will sometimes chase off smaller fish, or other intruders that are in their territory.  This is especially true near spawning time.

We can utilize this to sometimes get an aggression bite when fish aren’t actively feeding.

Trout are also skittish.  If something happens to make them feel unsafe they will run away, and even stop feeding for a time.  This could be anything from strange (and loud) noises in the water, to shadows passing overhead, to large strange objects invading their space.

As anglers this lets us know to be somewhat stealthy, avoid fishing next to the kid throwing rocks in the water, and not properly size our lures.

These traits of trout, combined with circumstances, will guide us in how we should approach fishing that day – where we should fish, how deep, what kind of lures the fish will be interested in, etc…

Next up is the lake environment, so we can understand where the fish live.

For more information about trout fishing please check out the GoneFishingNW.com trout page.

Improve Your Fishing with The 5 Best Fishing Books