Many of the lakes in eastern Washington are closed half the year.  The WDFW prepares these lakes during the spring by planting thousands of fish in them before they are opened to fishing.  This has created quite an event for many families around the lowland lakes opener.

Because of the recent stocking these lakes are at maximum number of fish for the year, and the fishing can be quite good.  This report is really about the fishing I did over several days, starting with opening day.  The pictures are from later in the week, which is why the crowds are missing.

The day before I prepped my boat and fishing gear, so everything would be in order for Saturday morning.  We arrived at a nearby trout lake about 6:30am.  As expected there were plenty of other people there, with many boats already fishing and some congestion at the boat launch.

After a short wait, it was my turn to launch, and a few minutes later the boat was in the water.  Once the car was parked we got in the boat and headed out into the lake.

Given the water temperature I knew the fish would be near the surface, so all the lines had enough weight to put our gear between 3-8 feet deep.

For these trout I like to troll my stillwater flies with an action disk.  Each line had on a different color fly, so we could see if there is any pattern as to what they would hit.  One had the “Lil’ Pink Bug”, another a white leach pattern and the third had an olive willy. 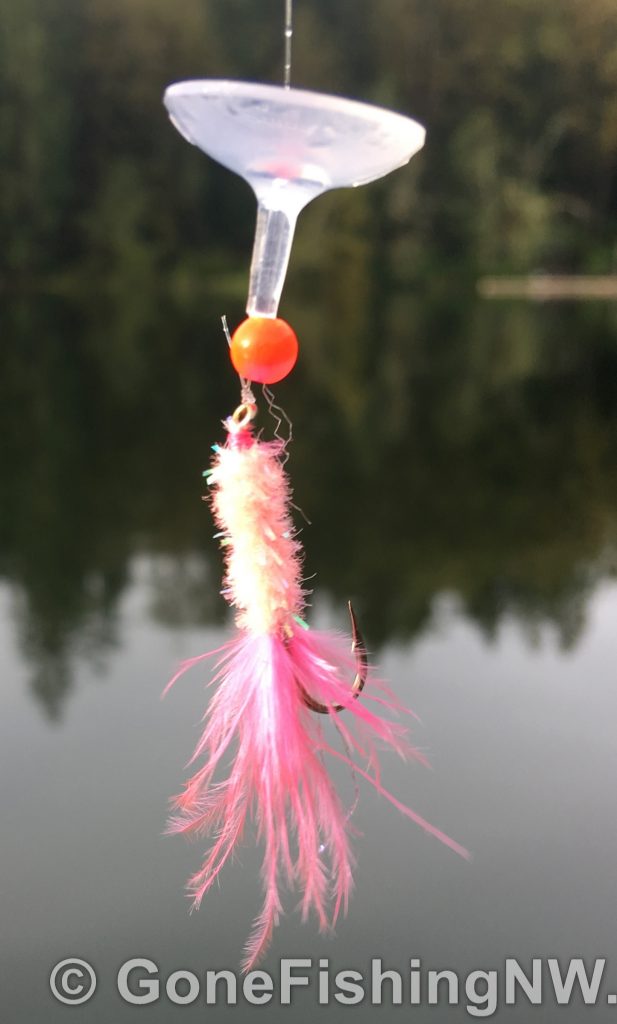 We had the flies about 50 feet behind the boat and kept our speed between 1.0-1.2 MPH, like I have advised in the past.

Almost immediately we started getting hits.  Each line got fish, but soon a pattern developed.  The rod with the pink fly was getting significantly more action than the others.  I believe this is because the water had lower visibility than previous years – normally the olive willy fly is the top producer at that lake.

As we noticed this pattern we changed the other lines to match and our catch rate went up.  About 8am the fish had gone a little deeper in response to the sun being up, so we added a little more weight to keep up the catching. 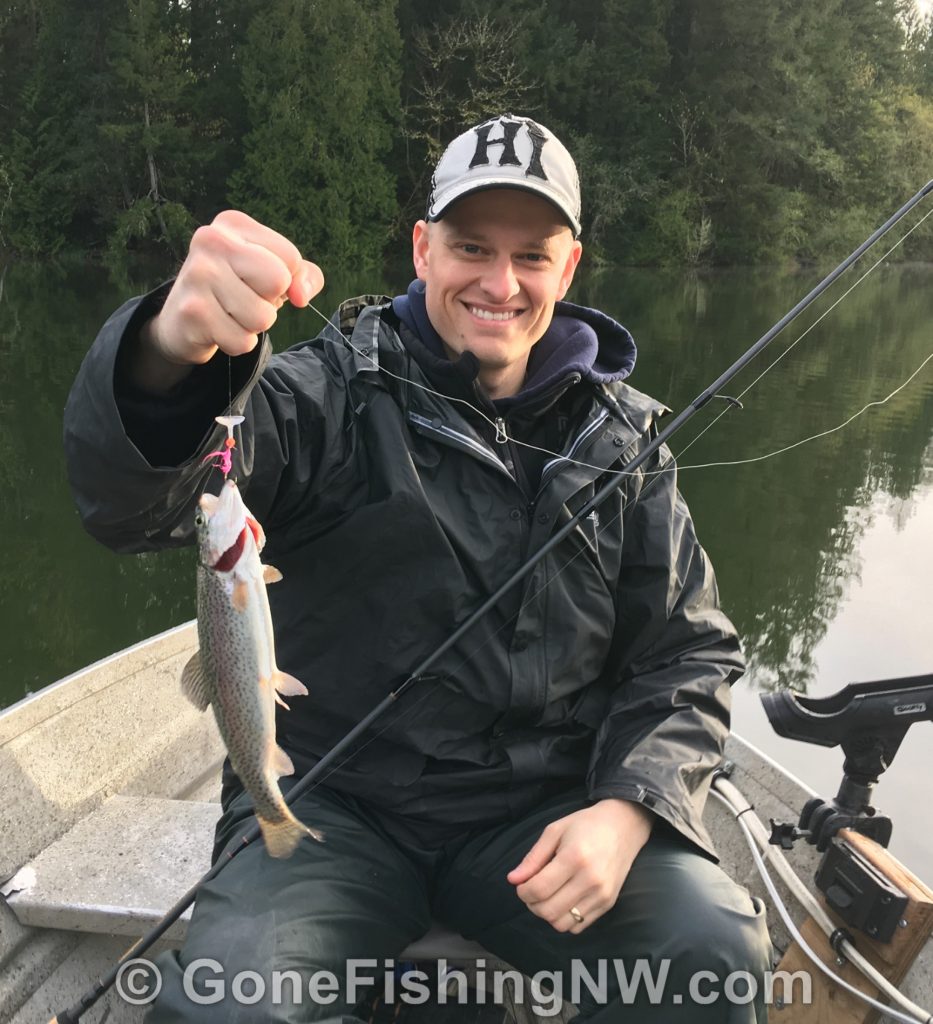 The number of boats out actually seemed less as the morning went on.  This correlates with reports I’ve heard of other lakes.  It seems like opening day on many lakes didn’t have as much fishing pressure as usual.

I did manage to get out in the week following.  Surprisingly there was almost no pressure, with just another boat or two – if any at all.

The Lil’ Pink Bug continued to be the top producer, and the fish continue to be shallow in the water column. 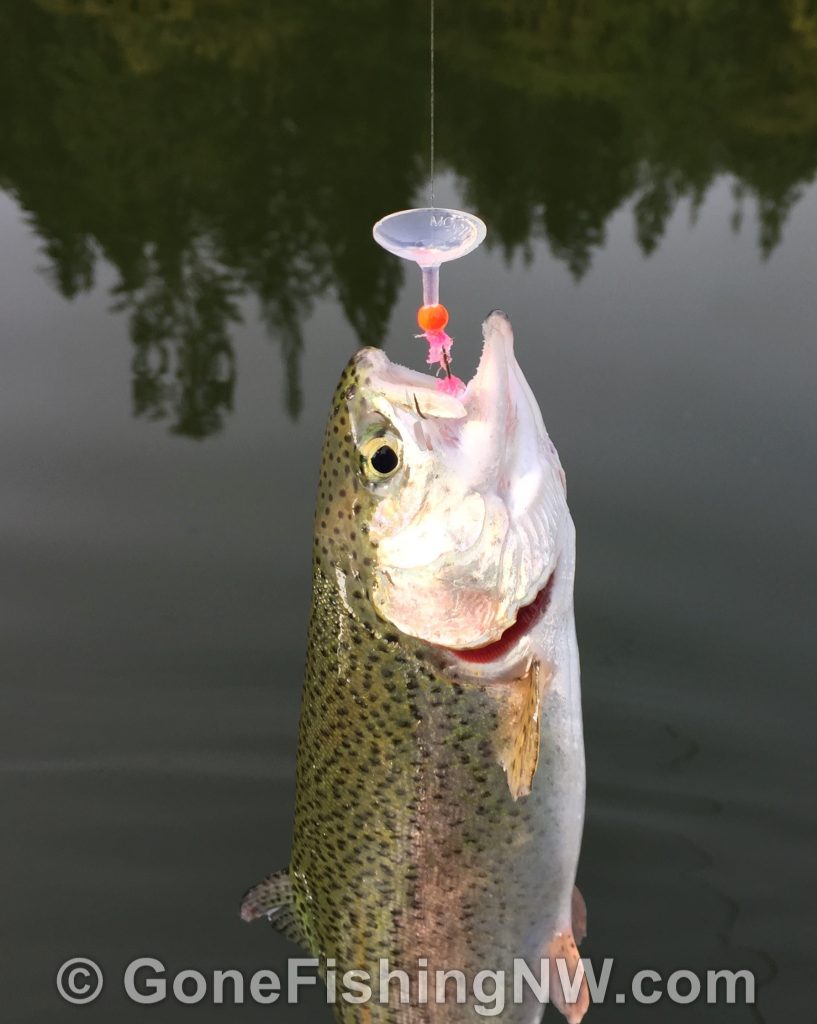 The actual fishing remained hot – averaging about 20 fish per hour.  If patterns from previous years hold true then we should expect the fish to go gradually deeper as summer approaches, and for fishing to start slowing down as fish are removed from the lake.  However even at the end of summer lakes have plenty of fish in them, and you can catch them if you dial in the depth and use the right lures.

Did you get out for opening day?  Why do you think fishing pressure seems to be less this year?