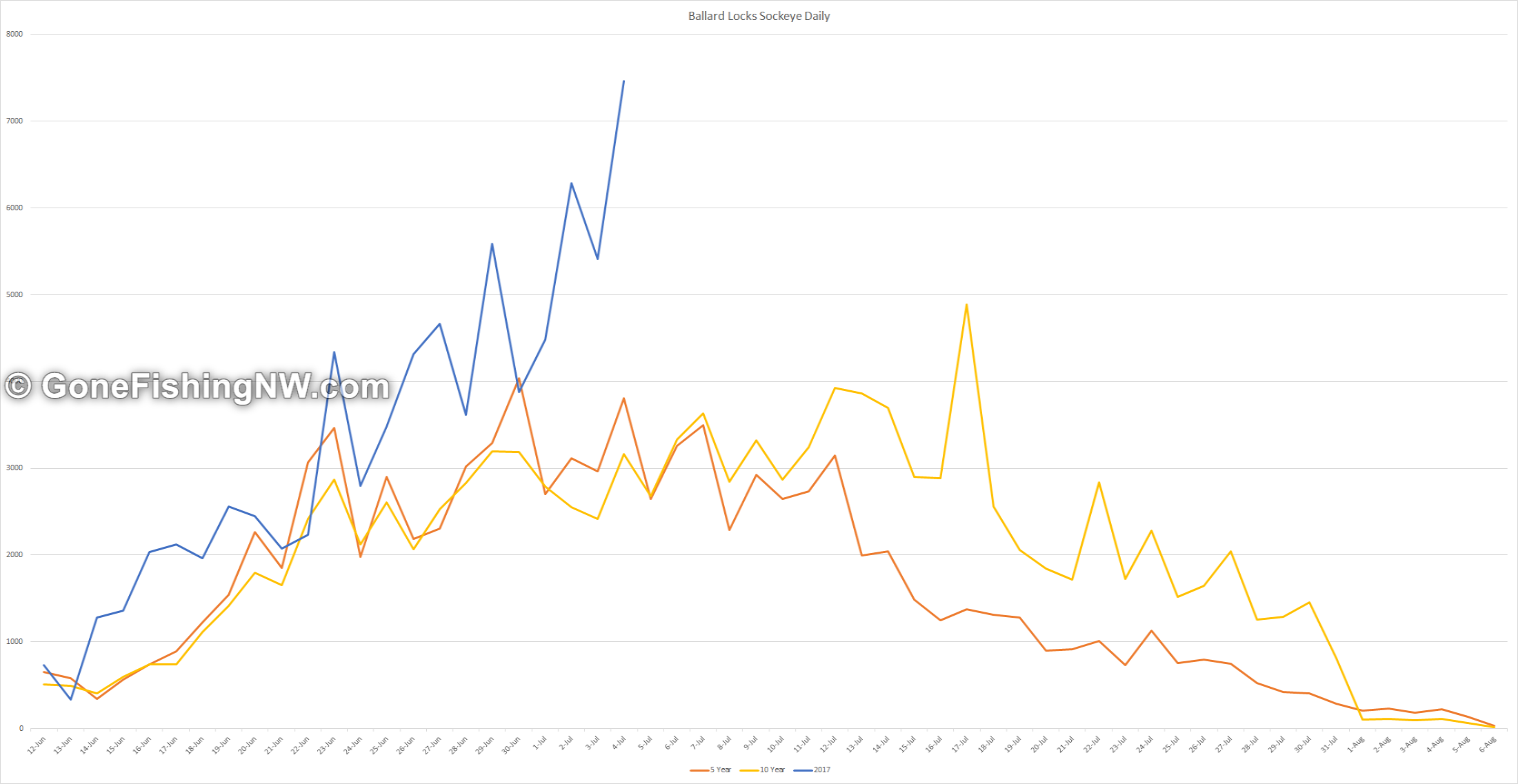 Disappointing – that is the best way to describe how this year’s sockeye runs are looking.  Out of the four major sockeye runs in the state, only one is exceeding expectations.  Unfortunately, it is one which no recreational fishing is scheduled.

This run is doing quite well compared to the pre-season forecast.  It is already up to 75k out of the 77k forecast.  Based on previous years we have about one week left before we are on the backside of the run. 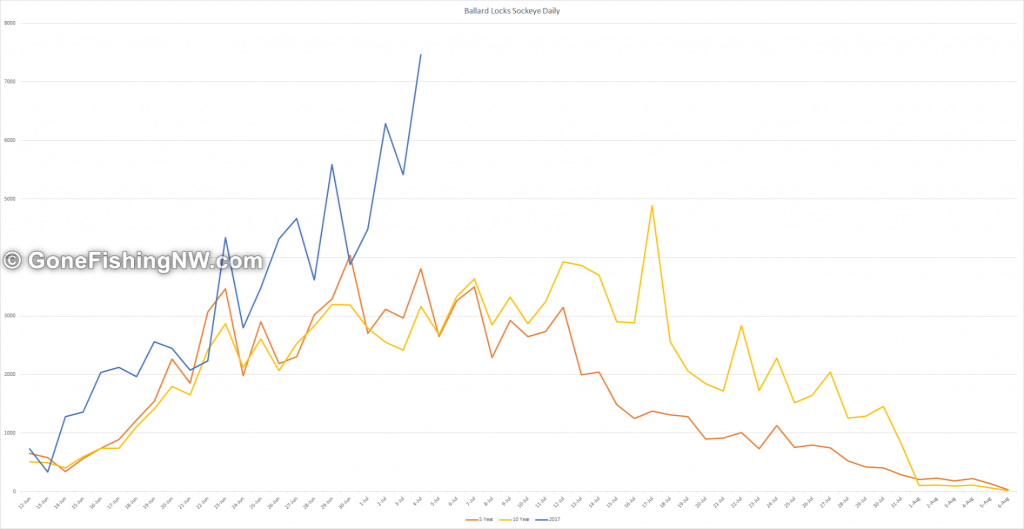 With what we’ve seen and amount of time left, I wouldn’t be surprised if the run finished at 130k to 150k fish.

Unfortunately, even those numbers will not get us a fishery, since the escapement goal is 350k fish.  But I’m hoping this is the start of a new trend.

The Baker run is not looking well.  We are just a couple days away from the opener and only have about 500 fish in the lake, with just over 2200 to the fish trap total.

Tribal netting does happen in the river before the fish trap, so with a pre-season forecast of 47k we would expect to see about 23k after netting.

I was planning on going up there to fish a couple days right after it opens, but the way it is looking now I’m not sure it is worth the gas money. 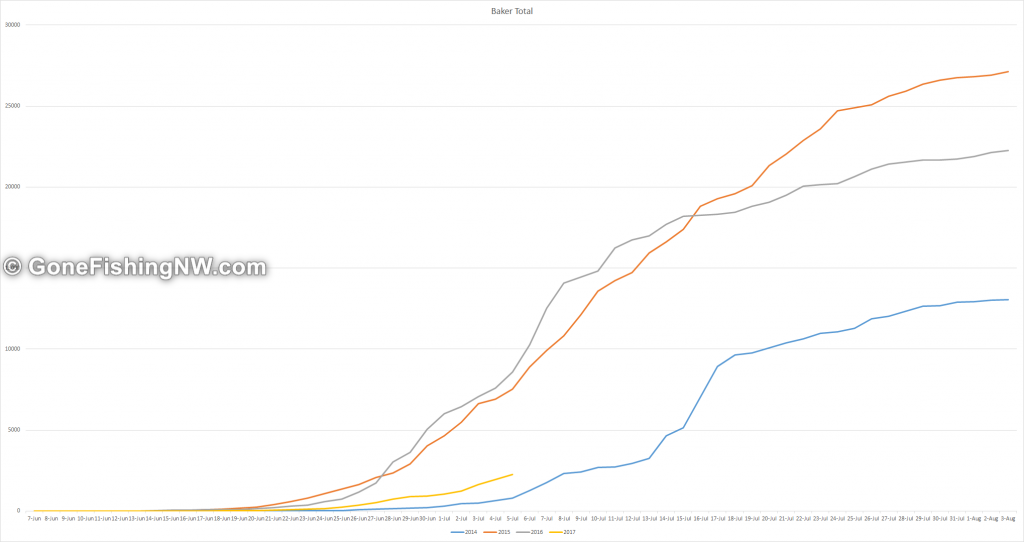 Based on historical run timing we are likely already past the peak of the Okanogan run and maybe in the middle of the peak for the Wenatchee run.  However only 75k fish have shown up.  My guess is the actual results may be close to 120k fish.

NOTE: Right after this article was originally published the WDFW has announced a closure for the Columbia River sockeye fishery. 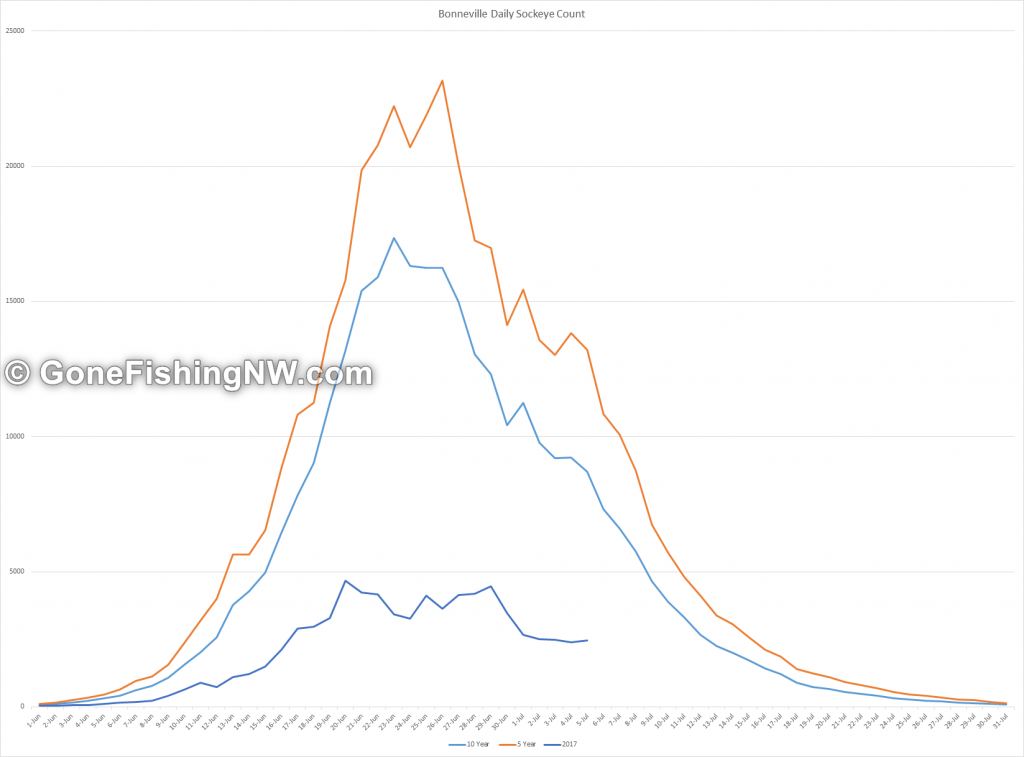 Even though this is disappointing it is still the largest return in the state.  We already have over three times as many fish over Bonneville than we expect at Baker Lake – assuming it’s estimate is met.  If you want to catch sockeye this year then the Columbia river is the place to go.  I suggest the well-known spots like Lake Wenatchee and Brewster pool in Lake Pateros.  Who know you may even catch a king while targeting those sockeye. 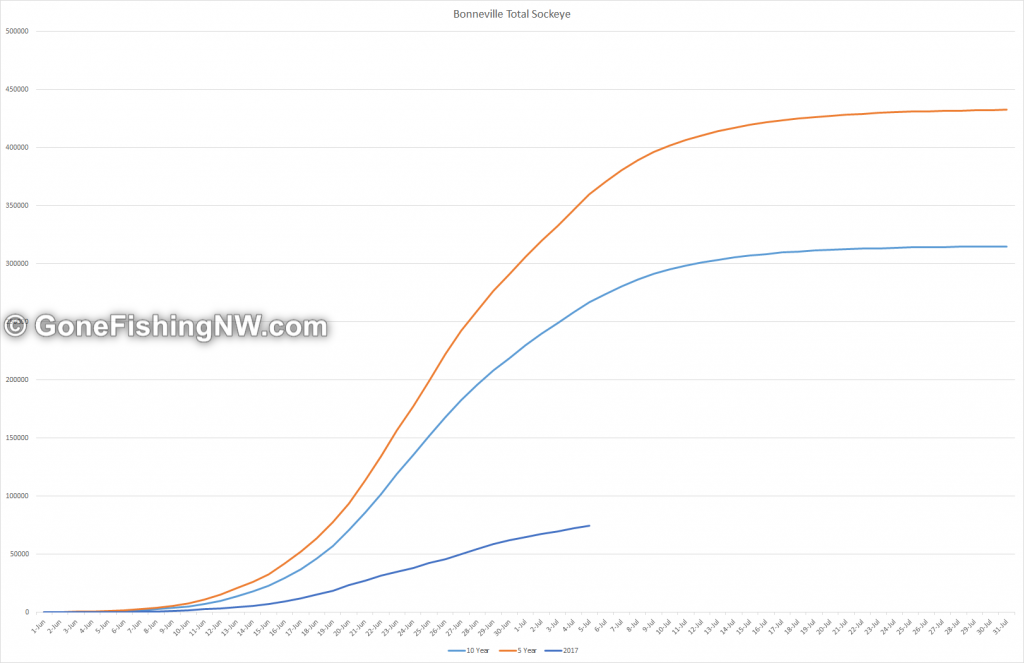 It’s hard to stay positive for this year’s sockeye fishing in Washington.  I keep telling myself that there is still time to see it turn out, but time is running out quick.