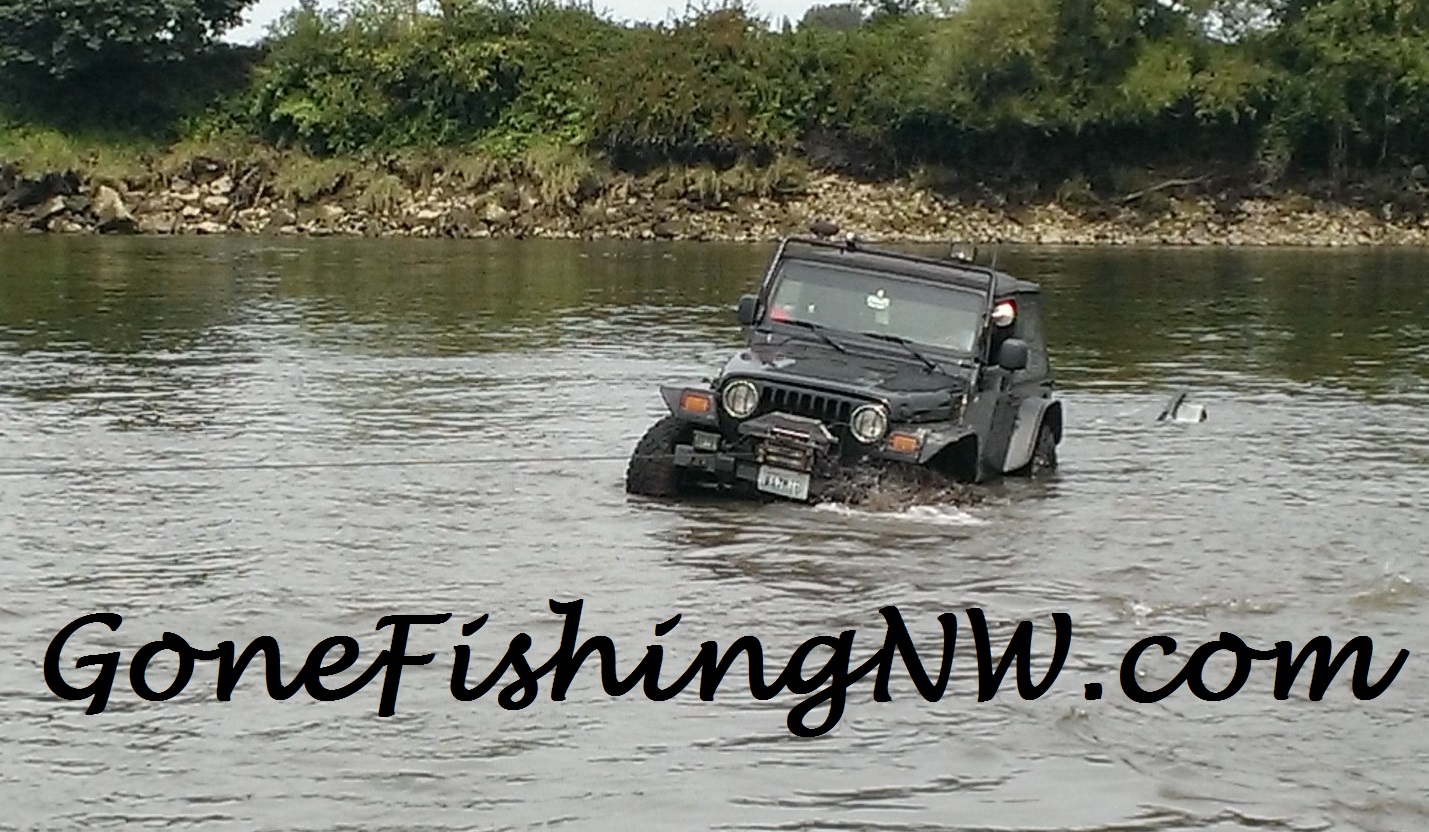 One way I was fishing the lower Snohomish river.  The boat launches in that area are tidally affected.  While using the launch I saw an ill fated attempt to retrieve at low tide.

At high tide the Rotary Boat Launch is a nice launch to use.  Concrete ramps and a floating dock.  At low tide, however, the dock is high and dry, and the concrete ramps end at a large sand bar which goes out into the river.

These people attempted to retrieve their boat by backing up their car onto the sand bar.

Unfortunately in order to load the boat onboard they had to keep going until back up their jeep was in the water.  As one might guess, when they attempted to pull forward the tires just dug into the sand.

Using the winch on the jeep wasn’t that helpful.  Maybe things would have been different if the cable had been long enough to double up with a pulley.

In an attempt to get the jeep unstuck the boat was removed from the trailer.  However it didn’t help much.

At this point the tide started coming back in, and the jeep was in deeper and deeper water.  Progress with the winch and sticking things under the tires was made, but was slow and measured in inches.

After about an hour the owner “gave up” and allowed another truck to haul them out.  The winch cable was attached to the truck and the jeep was then out of there in a few minutes. 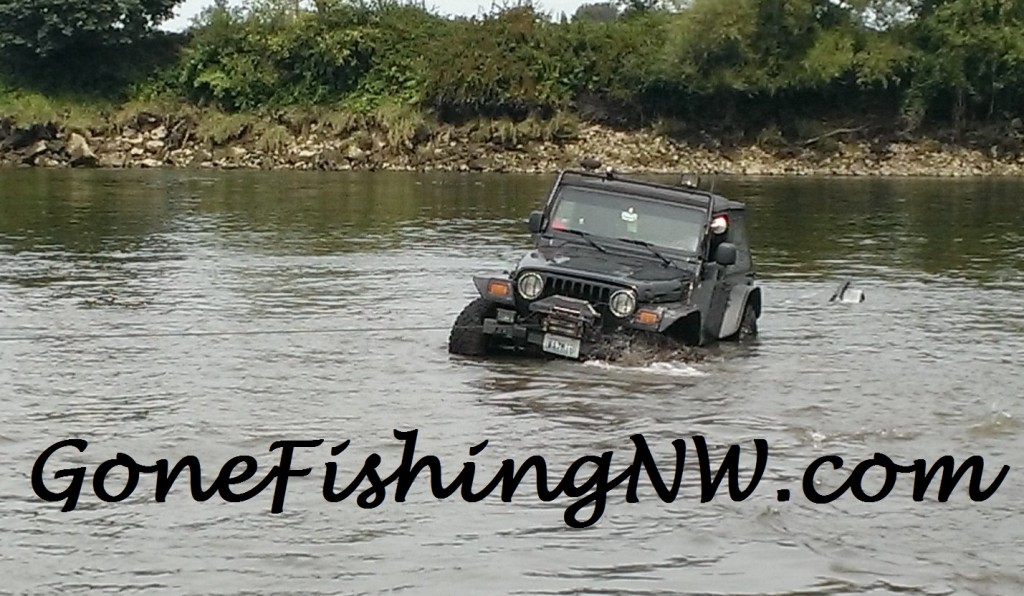 I had a few take aways from watching this adventure.

The primary one is to know how the tides affect the boat launches you use, and plan accordingly.  Avoiding being in this situation in the first place is the best thing.

Keep in mind that not all low (or high) tides are equal.  Some tides are more extreme that others.  So knowing the minimum foot level you can use the launch is good, as some low tides may not get that low.

Another thing is knowing the offset between the place listed in the tide table and the launch.  In this case the boat launch is upriver enough that the incoming tide is about 30 mins behind the prediction for Everett.

If due to some reason you find yourself in this situation then some things I’d recommend are:

In this case I think the best thing that could have been done after the Jeep was stuck is for someone to have gotten their truck and towed them out immediately.

Good luck out there and keep safe.