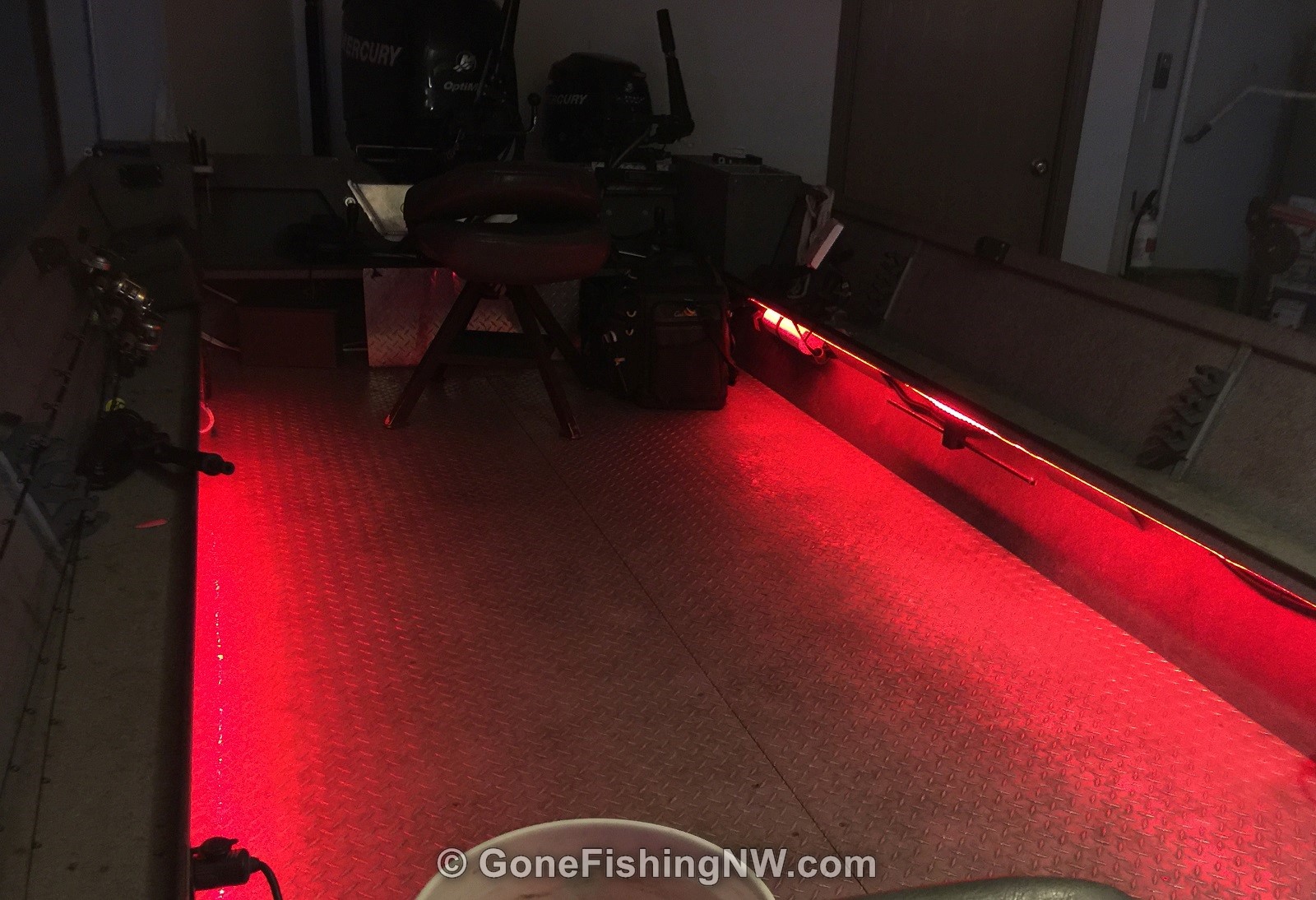 Last year I installed some red LED lights under the rod trays, in order to provide some light when fishing in early morning or late evening.

Well I like them so well that I decided to redo them to provide even more light.

Rather than 4 feet, I decided to go with 16 feet.  Why 16 feet?  Well it is because that is the size of the spool that is commonly sold.  It wasn’t hard to find some cheap waterproof LED lights online.

Some people have asked “Why red lights?”  The reason is that red light is no destructive to your night vision.  This lets us have light in the boat, but still be able to see decently in those low light conditions when we look up.

I also ordered some 14AWG duplex marine wire to get power to the LEDs from the switch panel.

I started by removing the old lights, and disconnecting it from the switch panel.

Then I cut my new LED strip in half, so I had two 8 foot segments.  Having learned some lessons while building the charge box, I removed the waterproofing off the contacts and soldered the duplex wire to the strip.  Some hot glue and heat shrink tubing helped restore waterproofness to the connection point.

I then used the LED strip’s adhesive to attach the strips under the rod trays.  I then routed the wires along the pre-existing wires to the switch panel.

Here I combined the 2 wires, by soldering them together.  Then I fastened on the connectors and plugged it into the switch panel.  Because it is on the switch panel I was able to use the panel’s fuse system rather than having an inline fuse. 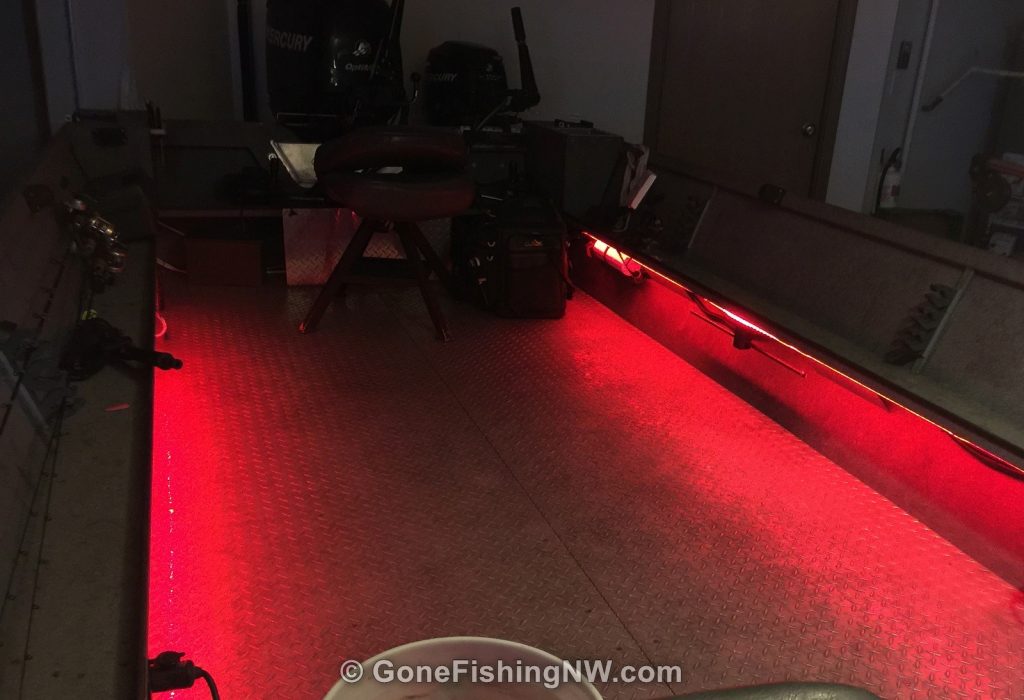 The result is great.  Not only does it work well in the garage, but has been really nice to fish with.  The amount of light is quite useful, and the red worked as expected.

Do you have lighting in your boat?  How do you have it setup?