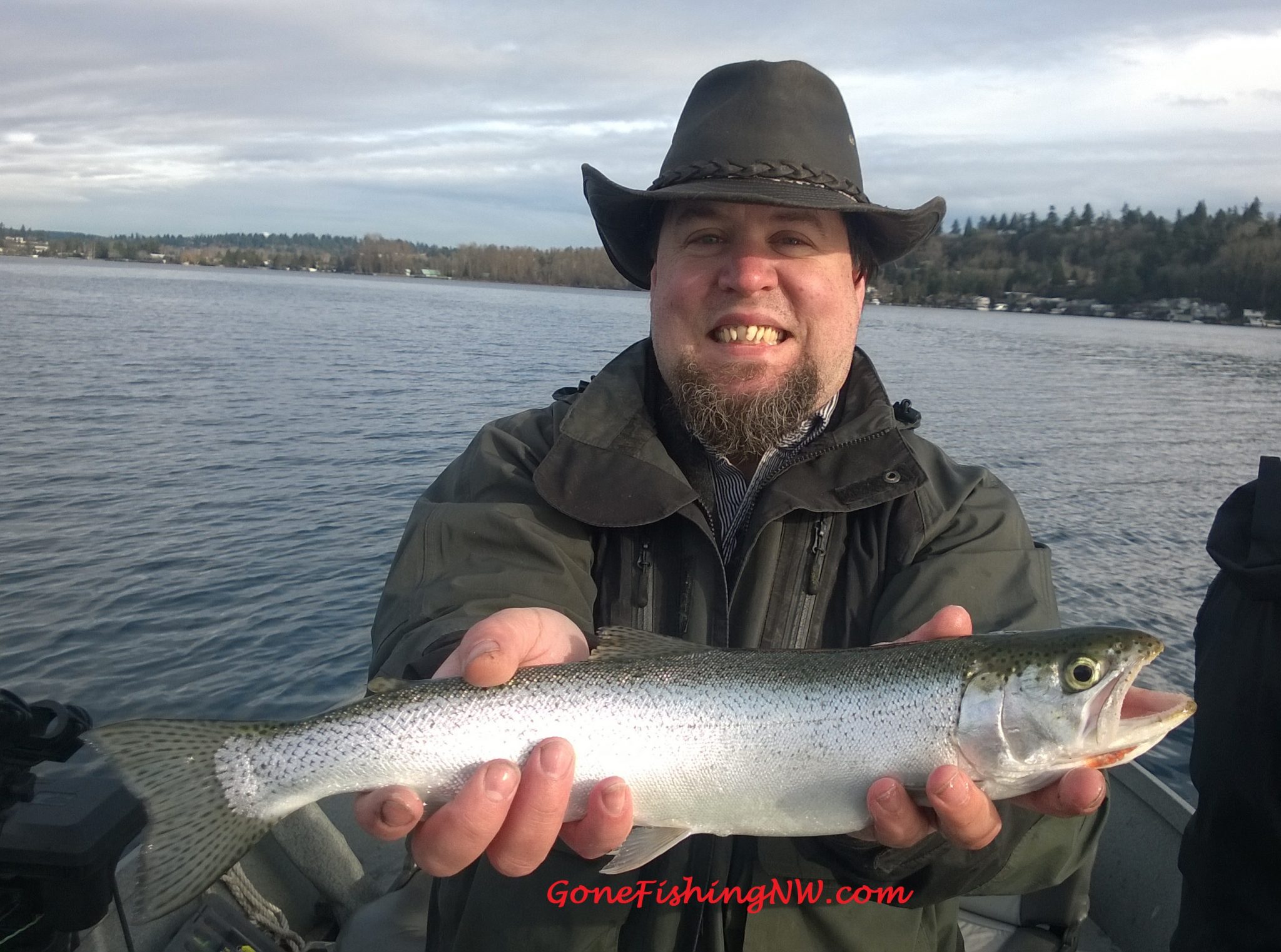 Recently one of those rare winter events happened – the weather, my schedule and my friends schedules all lined up.  So we decided to get our for some fishing.

One of the guys has been jonesing for some perch, so we decided to hit Lake Washington.  Our plan was to fish a little bit for perch, and then start trolling for cutthroat.

We launched from the public launch at Mercer Island, and the proceeded down the East Channel until we got to a spot we’ve had good luck for perch in the past.   As soon as we got off plane we were seeing little tiny arches sitting right on bottom – target acquired!

This spot is near the Seahawks training facility, where the water is 60-70 feet deep.  This is the best spot we’ve found for winter perch on Lake Washington.

We used simple drop shot rigs with 2 hooks.  The first hook was an inch or 2 above the weight, the second hook a couple inches above that.  For bait we started off with nightcrawlers, but we sacrificed the first fish for additional bait.

Since there was very little wind we just let the boat drift, rather than anchor up.  We tended to have pretty consistent action, but we could tell when we drifted over a big school, as that is when we’d start having doubles and triples.  A few times someone would catch 2 fish at a time – one on each hook. 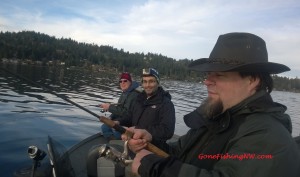 We found that a gentle hookset was often key to turning those sharp tugs into fish on the line.

We also had a few surprises.  One of the guys thought he had foul hooked a perch, since there was more resistance than usual as he reeled it in.  Then it started moving sideways relative to the boat.  It turned out to be a nice Lake Washington cutthroat. 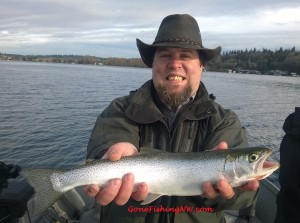 Later that same guy hooked and landed 2 smallmouth bass off his perch rig.  We all had a good laugh as he fought them in on the UL rod he was using. 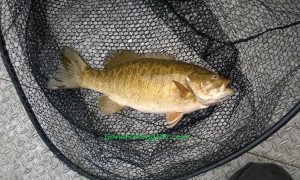 Because we had so much fun for perch, we didn’t save much time for targeting cutthroat but we did manage to squeeze in about an hour and half between Mercer Island and the mouth of the Cedar river.  Even though we marked a fair number of fish on the finder, it was slow.  We landed one off a rainbow trout colored flat fish at about 70 feet deep.

While not as productive as perch fishing, trolling for cutthroat was a bit more relaxing and gave us time to fire up the grill for some bratwursts.

Lake Washington has no limit on perch, and when we added up our catch at the end of the day the total in the bag came to 95 fish.  Adding in the small ones we threw back we easily broke 100 perch. 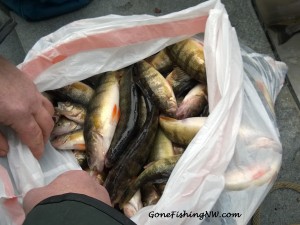