Each fall the King County lake, Beaver Lake, located in the town of Sammamish, Washington, gets a stocked with some jumbo broodstock rainbow trout.  This can be a fun fishery, especially with light gear, as the coho season winds down.

Some people call these fish triploids, because they are big.  However they aren’t triploids, they are broodstock.  Without going into all the details, triploids are fish were created sterile at the hatchery.  Because they are sterile they grow at a faster rate, since no energy goes into their reproductive systems.

Broodstock on the other hand are raised to provide eggs and sperm for future generations of hatchery fish.  In this case because they lived their whole lives in ideal hatchery conditions, and have lived long enough to achieve sexual maturity.  This results in fish that older and fatter than the typical fish planted by the state. 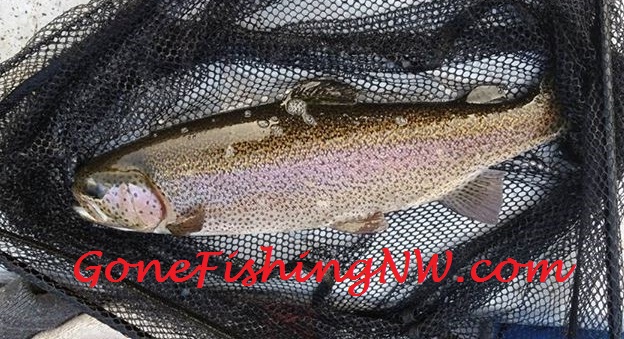 Presumably the state is done with these fish, and so uses them for double duty by planting them for anglers to enjoy.

Compared to the spring when the state typically plants fish, the water temperature is colder in November.  Therefore different techniques need to be employed to be truly successful.

Plunking powerbait is the most popular option, by far.  However this is not the most effective method, and not conducive to catch and release.  Fish caught on bait have a really high morality rate – due to damage done by a hooks completely swallowed and the time needed to remove the hook.  Even if the fish appears to swim away, odds are it will die within a few hours.  This is why in Washington State the regulations are that fish caught on bait count against your daily limit, even if released.

These freshly planted fish stick fairly close to shore.  I catch most of them right near the various docks around the lake.  However most people fishing from shore don’t realize this and seem to be engaged in some sort of casting contest – not knowing that they are casting right past the majority of the fish

My favorite way to catch these fish is to troll for them.  The fish are often found near the bottom of the lake.  They respond well to big and bright lures which help “wake them up” in that cold water.

These fish are too stupid to be boat shy so you can keep the lines fairly close, enabling tight turns if trolling.  If anchored up and casting then you don’t need to cast more than 10 feet or so – assuming you’ve positioned your boat correctly.

I’ve had success on spoons (like Dick Nite or Needlefish), spinners (like Panther Martins, Mepps or Rooster Tails), plugs (like Flatfish or Hotshots) and other such lures.  My 2 favorite lures however are Dick Nite spoons and flies.

The flies I use are ones I tie myself.  They are bigger and longer than my typical trout flies, and I tie them with bright colors.  I usually use leach or bugger type patterns, which are great stillwater fly patterns.

I’ll tie up flies in a bunch of different colors, but bright colors dominate – such as reds, pinks, chartreuse. 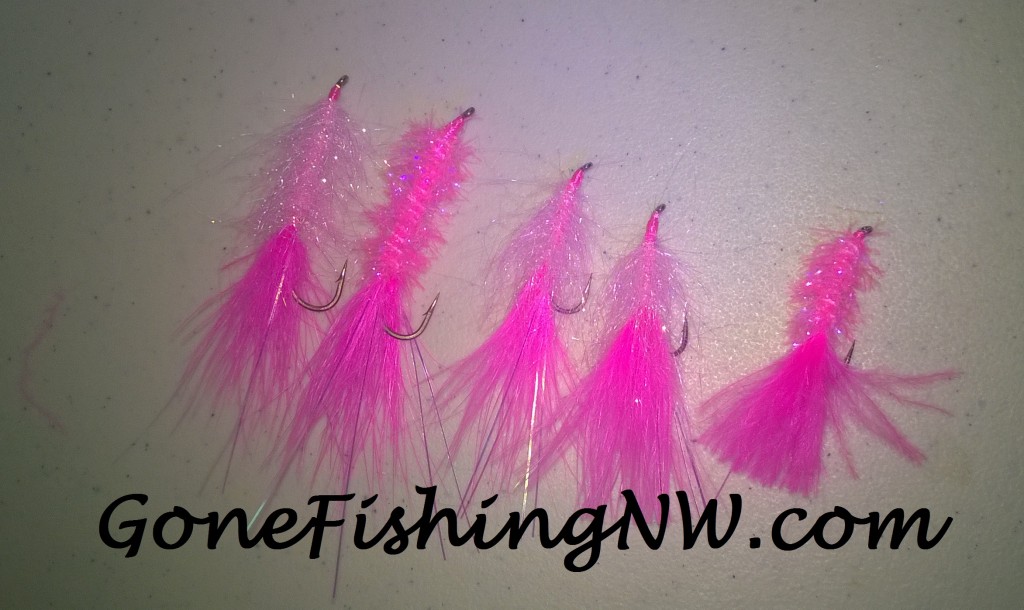 If you aren’t a fly fisherman then don’t worry, as mini hoochies are a reasonable substitute.

If you are a beginning fly tier these patterns are easy to tie.

Once you hook up these fish are really fun to fight.  A light drag will improve your land ratio, as the fish can exert a lot of pressure on the line and hook – more than you may be used to given the large size of these fish. 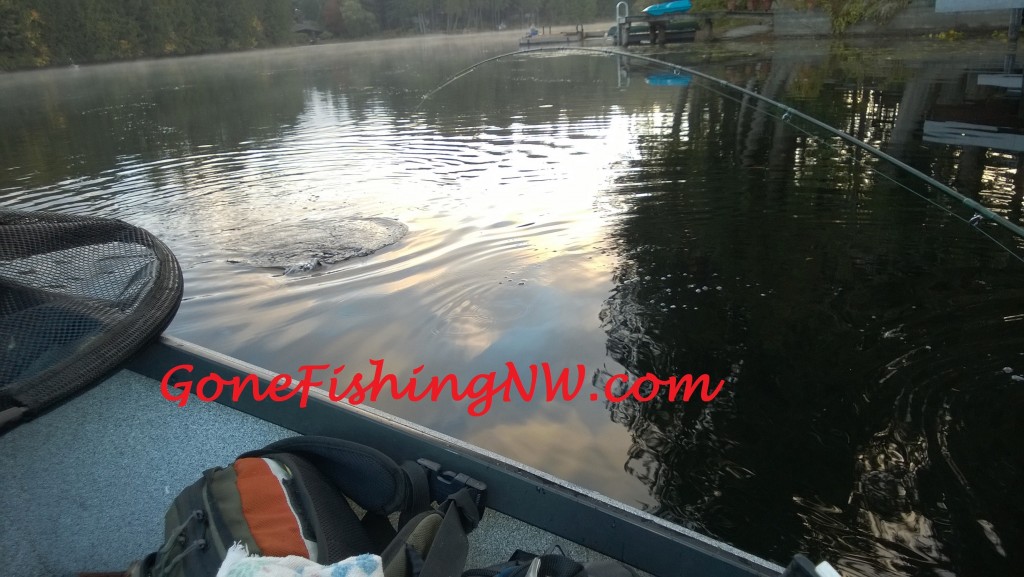 This year the fish were planted a couple weeks earlier than usual.  This meant the water was warmer and the fish more active.  This combination helped make the fishery really great.  I had plenty of double digit outings (usually about 3 hours on the water).

Once we found where the fish were at we would keep pounding that spot over and over until the bite stopped.  Then we’d get back on the hunt.

One tip for the savvy angler – these fish are straight from the hatchery and are conditioned to eat at specific times.  I’ve found consistent times where there is an exceptional bite each day.  Get out and keep track of when you get bites, and eventually you’ll find those times too.  Then plan your trip so you can be in your favorite spots for that feeding time bite.

Check out the GoneFishingNW.com page on trout for more information on how to be an expert trout angler.

Good luck out there.