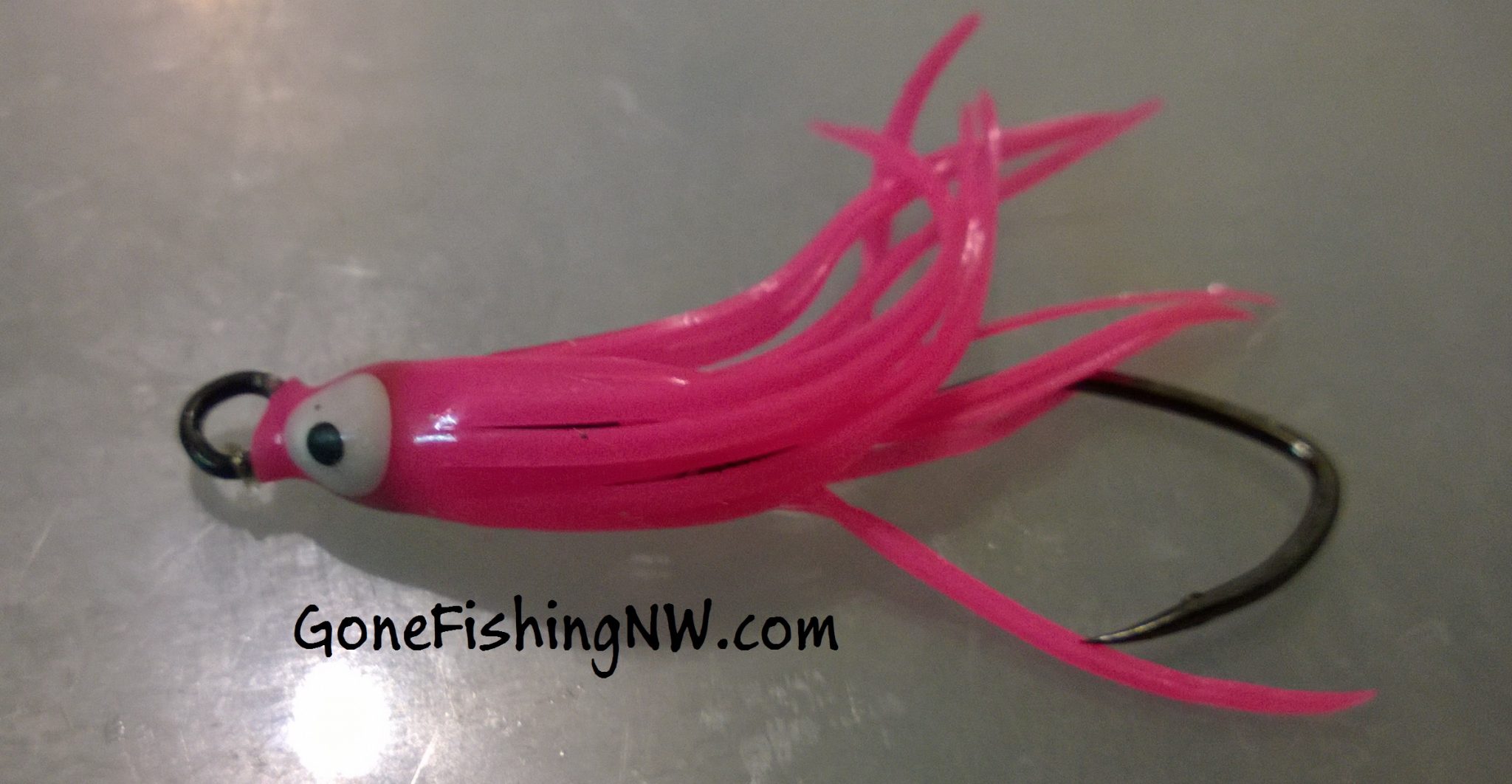 Most hoochie setups involve tying hooks onto line, adding beads for spacing and threading line through the head of the hoochie.

But one day Terry Wiest showed me once.  It replaces all that with a swivel and siwash hook.  The setup is incredibly simple, easy to make and get the hook in a good position.  It also has the advantage of not being attached to a coil of leader line while in your tackle box.

Get a large swivel – one where the body of the swivel is enough to fill the head of the hoochie.

Then get your single hook. I usually use 2/0.

If it is an open eye siwash hook, then you can directly attach it to one end of the swivel.

However if it is closed eye, or you want to set the hook back a little farther, then you can attach it to the swivel using a split ring. 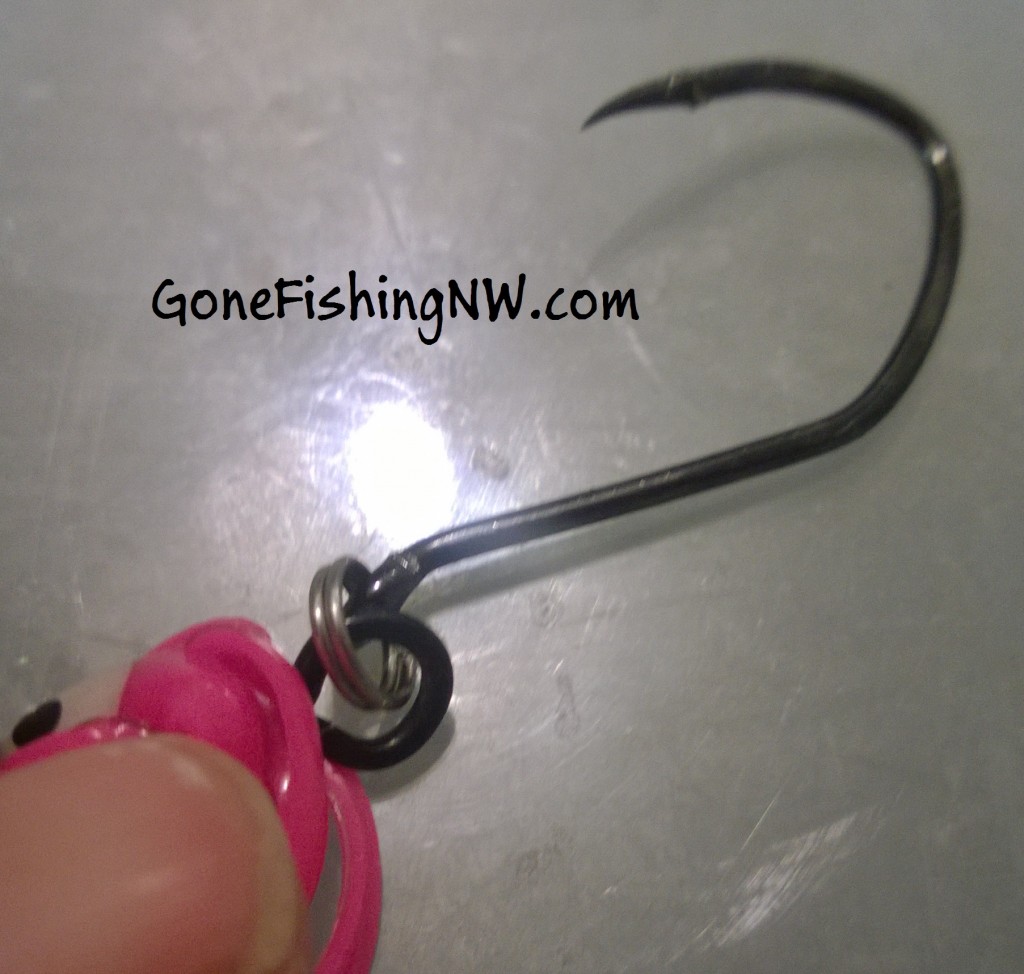 After that take the other end of the swivel and put it out the head of the hoochie until the eye is completely exposed.

The end result should look something like this.  This particular one I created to target pink salmon out in Puget Sound. 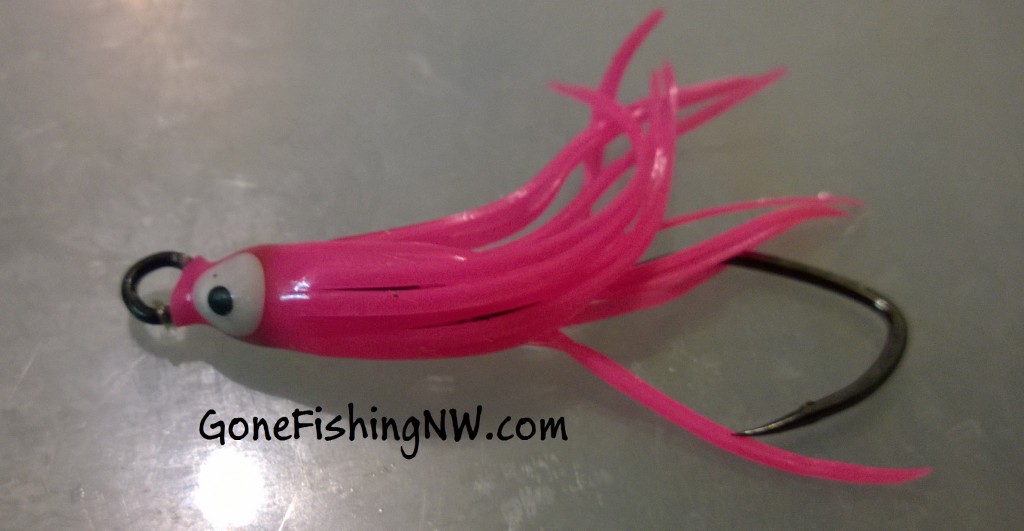 You can then throw this in your tackle box.  When you are ready to start fishing you can tie the leader on.  When done for the day simply cut the leader and throw it back in the box (dry, of course).

Much better than having to coil/uncoil leader for the traditional setup of passing the line through the hoochie.